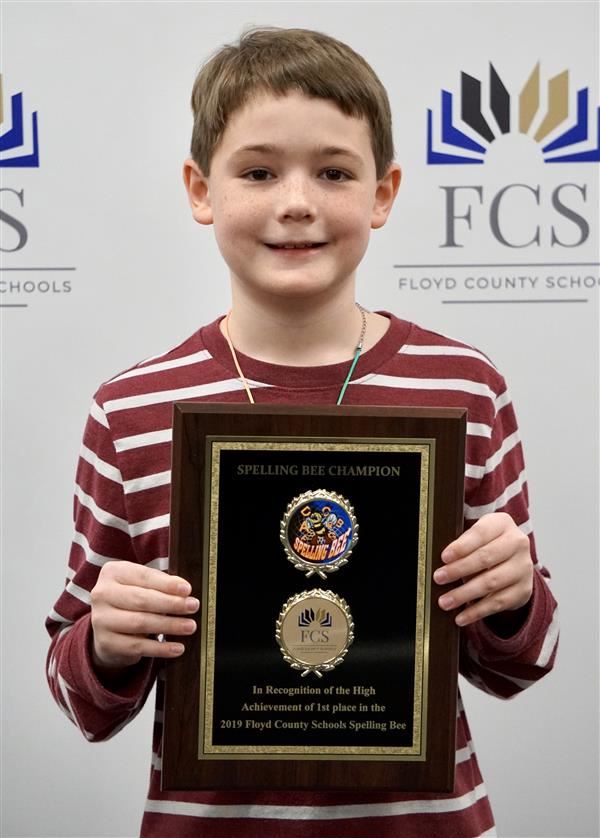 Johnson Elementary Principal Tanya Welchel said how proud the school is of Will and all of the efforts he put into preparing for the district spelling bee.

Will said he feels really good about winning and attributed his success to his grandmother who practiced with him almost every day.

“Will comes to my house four days a week after school and we practiced a lot during that time as well as on the weekends and over FaceTime,” said Will’s grandmother Dana DeBoskey. “His mom would help him a lot with the words he missed between practice sessions to make sure he was prepared for the next time.”

Each elementary and middle school sent its school-level winner and/or alternate to the FCS’ District Spelling Bee in hopes of taking home the title and a chance to advance to the regional competition. Students in grades 4-8 are eligible for the competition. The group of spellers went through 46 rounds of words before a champion was declared in the event, 12 rounds were performed before naming the two finalists. Lasting for more than an hour, the bee was long and included tricky words like “diaphoresis,” “brayed,” “surmised,” and “calamitous.”

The event is sponsored each year by the Floyd County Chapter of the Georgia Association of Educators and CIS. FCS Superintendent Dr. Jeff Wilson welcomed the audience and spellers on behalf of the system; CIS Executive Director Gregory Wooten FCS Spelling Bee Coordinator and Coosa Middle gifted/honors lead teacher Kim Owens read the rules and explained the process of the bee; FCS English and Language Arts Specialist Barbara Neslin was the pronouncer of the words; Cave Spring Elementary and Coosa Middle Parent Involvement Specialist Jennifer Lynch and FCS SST Diagnostician Judy Roebuck served as spotters and proctors (assisting speller advocates in the event of a question, as well as making sure the audience did not mouth letters to contestants); and FCS Support Services Specialist Dr. Vondell Ringer, FCS Child Nutrition Director Donna Carver, and Gifted Teacher Apryl Hawkins served as judges.

School Spelling Bee winners who participated in the county bee: 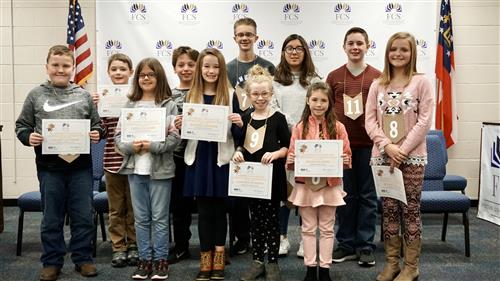